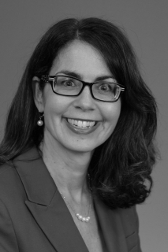 Charese Rohny has passionately represented individuals as an attorney for over 21 years. Since she started her legal career as law clerk in 1993 at Barton & Strever, P.C. and Rosenthal & Greene, P.C., she has dedicated herself to promoting positive change for individuals. She has had the privilege of working with and being mentored by some of the most respected, honored and successful trial lawyers who have relentlessly fought for individuals and social justice.

Charese graduated from Willamette University College of Law in 1995, was admitted to the bar, and began working in Salem, Oregon at Vick & Conroyd, P.C., a well-respected, high-volume practice representing physically and emotionally injured individuals. There she was able to build and manage a large case load that allowed her to gain a substantial amount of trial, arbitration and deposition experience in her first 6 years of practice. Her practice has always included employment discrimination and civil rights cases.

In 2001, she moved to Portland, Oregon to work on more complex commercial litigation and to focus more on employment law at Markowitz, Herbold, Glade and Mehlhaf, P.C. She then left to become a partner at Crispin Employment Lawyers where she was able to exclusively handle cases involving employee’s rights. At her husband’s provocation, she started her own firm in downtown Portland in March 2006.

To gain insight of all sides of the employment arena, prior to law school in early 1988 through late 1992, Charese worked as one of the youngest members on the management team at a Dun & Bradstreet subsidiary with over 500 employees where she reported directly to the Vice President of Support Staff. Charese managed two departments, one training new non sales managers for all internal departments, and one department that identified potential improprieties of sales staff which included approximately 200 members. During her undergraduate work in political economy and studying the labor force, Charese was highly motivated to work in a legal career representing employees, and wanted to understand firsthand the ways management can be effective and choose to have a positive impact on workers’ lives.

“The Juice is Back…What Were the Takeaways Again” Litigation Journal, Spring 2016, Volume 35 No. 1 https://www.osblitigation.com/lj2016-spring.pdf

We will respond to your inquiry in a timely fashion. Thank you.